Pretty much everyone today knows who Elon Musk is, the man is famous for many things not just making more children to populate planet Mars. However, many people do not know about his brother Kimbal Musk. He’s not a totally washed-up person who failed at life and stole someone else’s idea but rather someone currently leading a Non-Profit Organization by the name of Big Green.

They’ve built Learning Garden classrooms in 650 schools around the US. Almost 350,000 students are being taught there each day. Most recently, he launched another venture post COVID by the name of Big Green Dao, which is doing something that has never been done before. It’s for Non-Profits to finally control where their money goes.

However, before all of this, like Elon Musk, Kimbal was not a big shot in the 1990s. Elon Musk dropped out of graduate school just after 2 days because he believed in the potential of the internet, and he wanted to hop on this train too. This is around the time in 1995 when the internet became widely accessible to consumers and Elon Musk believed that he could do something very useful with it.

Fast forward to Silicon Valley in 1995 where Elon Musk decided to establish a company with his brother Kimbal Musk. Kimbal who was also a fan of this new technology ‘The Internet’ had the same vision. The idea was to create a searchable online directory that would list local businesses, like online city guides. He realized that this was a quick and easy way to offer value online. It was comparable to the yellow pages telephone directory with the maps included.

Thus, Zip2 Elon musk’s first company came into being, a global link information network. The very first step he took to get everything started was purchasing a local business directory for a few hundred dollars. Next, he needed access to digital mapping software. He negotiated with Navteq and got the access for free. Now he needed to do the hard work to write the necessary code to link the two databases together.

How did the Musk brothers fund this business?

This concept was very promising, however, the local investors at that time did not have the foresight to see its true potential. Sure, today we know how something like this is so essential but back when there weren’t many people on the internet. It was hard to get people to throw in their money into something like this. An almost 50-year-old man who was deeply skeptical of this idea, picked up an actual copy of the yellow pages and threw it at Kimbal. He then said ‘Do you think you’ll ever replace this? Kimbal was flabbergasted and could not say anything. Instead, he left the room.

Thus, with no one to support, the Musk brothers had to start this company with their “OWN” money. Having almost 2000 dollars in their accounts each, they turned towards their very wealthy father and got around 28000 dollars to keep everything running. By the way, they’re father is still making babies.

Starting a company from such a small capital was very “difficult”. They had to cut the costs to such an extent that they lived inside their office and used a single computer on which Elon would code at night and keep the server running during the day.

They pretty much had to make the best of what they had, or didn’t have.

The fact is, even though zip2 had an internet presence. Elon Musk and his brother Kimbal first had to resort to cheap dial-up modem internet and then a shared internet cable from the office below really tells how much they were willing to cut down expenses.

Elon Musk employed three commission-based salespeople after the website for zip2 was up and running. They sold sponsored listings by going door to door. Money began to flow in slowly. And because their expenses were so low, they were able to create a positive cash flow very early.

This finally started getting attention from investors in Silicon Valley. They were now somewhat able to see the true potential of the internet.

Zip2 expanded its listings by enticing businesses to pay for inclusion and after roughly a year, Mohr Davidow Ventures agreed to invest $3 million in Zip2 in exchange for controlling ownership in 1996. Musk was replaced as CEO by Richard Sorkin, a more seasoned businessman although he retained the post of Vice President and Chief Technology Officer.

How it’s going or gone?

The business grew at a national level now. They offered newspapers like the New York Times to create local directories for their online subscribers. Zip2 had expanded to include arts and entertainment directory as well as specialty directories for different types of businesses by that time.

Musk, on the other hand, was critical of Sorkin’s business practices. When Sorkin tried to merge the company with CitySearch in 1998 Elon Musk lobbied against him to remove him as CEO. He was successful in doing so Derek Proudian became the new CEO. However, this didn’t last for long as in 1999. Zip2 was purchased for $307 million by Compaq Computer Corp and Zip2 became a part of the search engine AltaVista.

Elon Musk used his portion of the profits to purchase a new house and a McLaren F1—at the time, the world’s fastest car. He put the rest into his next business venture, X.com, which eventually became PayPal. 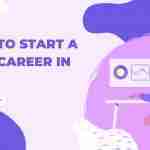 How do I get started in IT? Alexa not working? Do this! (For the non-tech-savvy) Incredible uses of NFC technology, from NFC tags to your mobile phone Solved! How much kitchen countertop overhang do you need?

How do you stay cool in the summer?

The 5 Basic Principles Of Interior Design