How to connect Wii to Smart TV, Any TV

During the COVID pandemic in 2020, the kids were always home and bored. I probably know what you’re going through. I wanted to keep the kids entertained, but I’m not too fond of traditional video games. Still, then I remembered that I own an old Wii. The Nintendo Wii is a perfect trade-off because it’s entertaining for the kids (and me) and help them stay active at the same time.

With the wii sport games alone you can’t spend the entire time playing them while seated.

I was excited to introduce this gaming console to my children. I went on the Facebook marketplace to find some additional Wii games, and I found quite a few. Got home and was eager to plug in the Wii. I looked behind my Samsung smart tv, I realized that my smart TV didn’t support the cables anymore. The red, white, and yellow connections aren’t on my smart TV.

This blog post is for you if you’re going through a similar scenario. I’ll tell you what adapters and/or cables you need to complete the task. We have options for you if you’ve lost your original Wii cables.

This post contains affiliate links. This means if you click on a link and make a purchase I may receive a commission at no cost to you.

So, how do you connect your Nintendo Wii to a smart tv?

Smart TVs will support Wii gaming. If you have an old Wii collecting dust in a closet somewhere, it is time to break it out and put it to use. There’s an easy way to get it up and running.

All you need is a Wii to HDMI adaptor. This tiny gadget will convert the Wii’s signal so that it can be played on any TV with an HDMI port. It’s straightforward to use – just plug the adapter into the Wii, then plug the HDMI cable into the adapter and your TV input port. Before you go out and buy this adapter, keep reading so you can make the best possible decision.

Connecting Wii to a TV without RCA inputs

Let’s discuss several ways to combine the Wii with your television without the av cables. This is accomplished by doing what follows.

Check what inputs your TV supports.

The Wii console has an AV cable output to connect to the TV. Still, the Wii console’s default RCA connector does not work for any TV without composite or av inputs. Check the rear side of your television for RCA color-coded cables used in composite video connections.

If the TV doesn’t support it, you may have to make the connection to your TV by using a converter that can adapt to what your television supports.

Your TV or Screen (Projector) only supports a VGA port

If you want to connect your Wii and TV using a VGA input. You will need an RCA to VGA video adapter. This will convert the signal from the Wii av cable to the VGA video inputs of your VGA monitor, projector, and TV supports.

If you have an old Wii and want to connect your Wii to your new TV, you will need a Wii to HDMI adapter. This will convert the signal from the Wii console into an HD signal that your TV can understand.

RCA to HDMI converters is available in different types. You can find a cheap one for around $10 on amazon that will do the job. The important thing is to ensure the converter you choose has an HDMI Output and an RCA input.

To use the converter, simply plug the RCA connectors from the Wii into the input ports on the converter. Then, plug the HDMI cable from the converter output port into your TV. Turn on both devices, and you’re ready to play.

You will need the original Wii cable and an HDMI cord. This option will not work if you’ve lost or misplaced your composite cables.

Option 3: Replace the Wii component cables with a NEW Wii to HDMI cable

You can forego the adapters, converters, and the original Wii composite cable altogether. Just purchase a Wii to HDMI cable. They are available on Amazon, and you will find a variety of options to choose from. Be sure to select one specifically made for the Wii console, as some cables are made for other devices (such as the Xbox 360) that may not work with the Wii.

TIP: Be sure to SELECT the correct input channel on the remote control. If using an HDMI connection, choose the HDMI channel.

When you connect your Wii to a new TV, it’s essential to do a system update (if still available) to have the best possible experience. Before starting the system update, ensure your Wii is connected to the internet using a 2.4 GHz Wi-Fi connection.

Finally, When the update is finished, your Wii console will be up-to-date and ready to use with your new TV!

Here is something fun to try with your Wii. Plug it into a smart plug and Play around with it using Alexa to turn it on and off.

Now your old Wii can be enjoyed by the whole family – no matter what kind of TV you have!

Can you connect an old Wii to a smart TV?

You can easily connect Wii to most smart TVs, if not all. You need to use HDMI options.

Can you play Wii on HDMI?

You can play Nintendo Wii on HDMI using multiple connections, a Wii to HDMI cable, or a converter.

Is Wii compatible with smart TV?

Nintendo Wii will work with smart tv. Connecting the Wii to the television is straightforward. If your television does not support composite videos, buy adapters for any input your device supports to connect Wii to tv.

How Do I Know if I Have a Smart TV? Will a Smart TV Work without Internet Connection? How to Connect Wiz Lights to Alexa 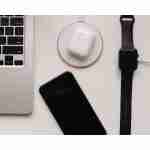 Incredible Uses for Alexa from holiday lights to Birthdays

25 Daily Rituals: The Key to a better life