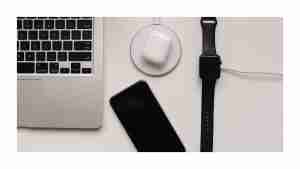 What is a Smart Device?

A smart device is any device that is intelligent enough to connect and interact with the person using it and other smart devices connected around it.

A smart device is made intelligent with advanced computing. For example, AI and machine learning are coming together to form the Internet of things (IoT). SMART itself stands for Self-monitoring, Analysis, and Reporting Technology.

IoT stands for Internet of Things, a term that describes the growing trend of everyday objects connected to the Internet. This can include anything from refrigerators to cars to lightbulbs. The goal of IoT is to make our lives easier by allowing us to control these objects remotely and collect data about them.

The mobile phones that most of us have in our pockets and have become a major part of our lives are smart. The most notable examples of smart devices around us include smart TVs that most of us now have that connect to the Internet and allow access to Netflix and Youtube. Smart cars are now being introduced, having autopilot and GPS systems, etc.

Features of a Smart Device

Here are some key features of the best smart home devices and most common smart devices:

Autonomy is a device’s ability to perform a task without the direct command of its user. Such as when your mobile smart device (your phone) uses your location to make a suggestion.

A device can connect to a data network. Network connectivity is a crucial aspect of a smart device because it becomes a part of the Internet of things. Without it, there is no point in the whole Autonomy concept.

The ability of a system to gather information from its surrounding at a particular time and adapt accordingly in that specific moment is called context awareness.

The source for this data might be cameras, microphones, radar, and LIDAR sensors. The information is processed by computing intelligence.

A smart device does not necessarily have to interact with human beings directly. When you think about user interaction, most of us think about smartphones, smart TVs, smart watches, etc. But there is much more to that. A smart device can also be any other device that directly or indirectly interacts with a human being. For example, a weather probe collects weather data. It transmits it to the Internet of Things, later utilized by human beings. Therefore, indirectly interacting with people.

Portability is not a significant factor, but in some instances, you might require a device to be portable. For example, Is a mobile smart device? Yes. But it is a smart surveillance camera portable. Well, strictly speaking, it is not portable after the installation, but before that, it was (wise guy?) No.

But the major factors are the first three context awareness, autonomy, and connectivity.

When is a device a smart device?

Smart devices can incorporate functions like sensing and actuation. They also control and analyze situations and make decisions based on the information received through these functions. When a device can do all of that, it is called a SMART device.

An IoT device is a device that has a sensor attached to it and can connect with other devices through an internet connection. A computer or a laptop is an IoT device as it extends internet connectivity beyond standard devices, i.e., laptops, and computers, to non-internet devices and everyday physical objects. So yes, a computer, a laptop, or a mobile phone are all IoT devices.

How are the most common smart devices used today?

IoT has revolutionized the world in every aspect of life. The primary purpose of IoT is to access and operate with minimum human intervention. This will make life easier and easier day by day for us. Here are some daily life applications of smart devices:

Wearable health monitors include smart NFC clothes, medical wearables, and smart wristwear. They consistently provide you with information about your health. Smart personal health track your activities, such as pulse, breathing, and heart rate.

This data is available to be used by your doctors later on. Furthermore, they can raise the alarm in case something severe happens, for example, in case of an asthma attack or seizures.

Take a situation, for example. Forest fires often happen these days and spread far faster than expected. We can install smart sensors around the boundaries of forests. They will constantly monitor the temperature and carbon content of the air. In case of fire, the Smart sensor would send an alert to forest control authorities, and timely action will save us from a disaster that could otherwise cause colossal chaos.

To record someone’s presence or to allow access to a secured room with documents on secured databases. Biometric security systems use fingerprints, eye scans, voice scans, and face recognition. The data is usually stored in the host computer because the smart devices interact. They have access to your data and thus can recognize your face, voice, and fingerprint or associate you with information you enter.

There are two types of interactions that a smart car will do. IoT allows cars to communicate with each other to exchange information such as speed and you, the driver. For example, when the GPS finds your shortest route to your desired location. These cars also let you know if the vehicle requires maintenance or repair.

It will provide a detailed analysis of the car itself and let you know about the status of your vehicle.

It will interact with other cars and surroundings through sensors and avoid unnecessary clipping and collisions. This is a very high bandwidth exchange.

Farmers today face many problems due to our exploitation of the earth and the atmosphere, with climate change being a major challenge. Here’s how high-tech gardening tools helps you if you are a farmer.

Several sensors monitor the moisture of the soil. If the moisture level is below the mark, it automatically turns on the irrigation pump.

It would be best to recover the soil’s nutrients before farming a new crop. The IoT can examine and analyze them, which will let you know what to do.

It senses the requirements of fertilizers and other farming needs for you.

Smart lighting systems are now being installed in integrated homes to interact with you and prioritize your comfort. Automated lights turn on by detecting just your presence of you. They may also be programmed to listen to your voice commands. Alter themselves according to the mood of the environment and also save energy according to your budget to help you with your energy bills.

Cashier using a scanner on the items you have purchased to find their price? Well, the barcode machine is connected to a host computer which is then also connected to a billing machine. All the information from the barcode of a product is sent to the host computer and then to the billing machine, which then prints out the overall receipt. That is an example of the Internet of things

A smart home is a setup where all your appliances and devices are connected. They’re also connected to the Internet and are readily accessible on a mobile device having an internet connection. An automated home might have smart lighting, smart plugs with smart strips with energy management, remote access, and expansion.

A single central device like your mobile phone, tablet or a home assistant like Alexa controls all smart appliances. You will have access to lighting, temperature, door locks, television, thermostat, refrigerator, and a home theatre. Some smart homes are self-learning as well and can schedule your tasks themselves.

Another feature that a smart home system can have is a smart home security system. Many of them can sense motion while the owner is away and automatically alerts the police in case of burglary. This can be very expensive and affordable at the same time to set up. It varies based on the homeowner’s need, but there are options for any budget.

The IoT and smart devices have revolutionized the world. Smart electronic appliances have now started to take over activities that once an average individual would have to do themselves. The device-to-user interaction has enabled the technology to solve almost all the daily life problems of a person.

With the invention of smart lighting, smart TVs, automated cars, and mobile smart devices, you could kick your feet up and relax. At the same time, the Internet of things does everything for you. You can be anywhere and order your smart system to do daily chores. All it takes is tapping your smartphone and other smart mobile devices connected to that smart system or Hub.

Thank you for reading to the End. Keep up with us by subscribing to our newsletter.

Amazon smart plug troubleshooting tips Will a Smart TV Work without Internet Connection? 12 Smart Home Benefits For Every Household Your guide to the Tandem Garage, pros and cons, and how to organize

Bathroom essentials for all homes

How do I get started in IT?