Pressure cooker vs instant pot. Pressure cookers have been around for a long time, and for a good reason, they’re one of the top kitchen appliances. They’re a great way to make quick, healthy meals without spending much time in the kitchen. In this article, we’ll look at what pressure cookers are, the differences between an instant pot vs. a pressure cooker, how they work, and some of the benefits of using one.

What is a pressure cooker?

People often confuse pressure cookers and instant pots. Though both pressure cook, they have different functions. A pressure cooker is a sealed pot with a tight-fitting lid that cooks food quickly by trapping steam. The trapped moisture in the cooking process increases the pressure in the pot, which raises the boiling point of the water. This higher boiling point causes the water to heat more quickly, resulting in faster cooking times.

What is an instant pot?

An instant pot is an electrical pressure cooker with a digital display and smart functions on some models. It can be programmed to cook various food at different temperatures for specific lengths of time. Various Instant pot models come in multiple sizes and options, from the smallest instant pot to the instant pot duo or XL.

Both types of pressure cookers have their pros and cons. A stovetop pressure cooker is less expensive than a standard electric pressure cooker or instant pot, and it’s smaller, so it takes up less storage space. However, it can be dangerous if not used properly.

What are the pros and cons of using a traditional stovetop pressure cooker?

A traditional cooker is a great way to save time in the kitchen. Because the pressure cooking cooks food quickly by trapping steam, you can prepare a meal in a fraction of the time it would take to cook it in a regular pot. This is especially helpful when you’re short on time or have many dishes to cook.

Another benefit of using a pressure cooker is that it seals in the flavors and nutrients of the food. This is because the high pressure inside the pot causes the water to heat more quickly, which results in faster cooking times. This means that your food will not only be cooked faster but will also be more nutritious.

Additionally, stovetop pressure cookers are made of complete metal, which is more durable than plastic.

It doesn’t require any electricity

The stovetop pressure cooker is not for beginner cooks. You need to remember the cooking time for your meals. Otherwise, it’ll take a lot of trial and error and googling to cook your foods at the desired pressure.

Not versatile and a single-function device

An old pressure cooker just performs one function – to cook food quickly. Also, The pot can be heavy and difficult to move.

It uses burner space on your stove or cooktop

It takes up stove space. You will be one burner short when using a traditional pressure cooker.

You need to observe it to ensure the pressure isn’t too high. The only safety mechanisms are you, the cook, and the pressure regulator.

What are the pros and cons of instant pots?

The pot is lightweight and easy to move.

Set it and forget it!

The most significant benefit of owning an instant spot is it is programmable. I can schedule some of the dishes the night before when I cook biweekly. So, you can cook many different types of food without supervision.

It’s a slow cooker, and rice cooker and saves energy

The instant pot is also a slow cooker. This is because the instant pot has several preprogrammed functions, including slow cooking. This means you can cook food slowly and quickly in an instant pot.

It’s beginner friendly, Takes the guesswork out of cooking

It has many preprogrammed functions. This means you can cook food without guessing the cooking time or temperature.

The pre-programmed functions on the instant pot include a slow cooker, a pressure cooker, and a yogurt maker.

You have the option to choose between high and low pressure

The inner pot is dishwasher safe, so cleaning is easy.

It has several safety features that make it safer than a stovetop pressure cooker. An instant pot is safer because it has a built-in electric heating element.

Most instant pots are more expensive than a stovetop pressure cooker.

The instant pot is a great kitchen appliance, but it takes up counter space. This can be challenging if you don’t have a lot of space in your kitchen.

Additionally, the instant pot can be challenging to store because it’s large and has an odd shape.

Preprogrammed functions are not user-friendly enough

Some people find the preprogrammed functions confusing to use.

Electricity is required to operate the instant pot, which can be a con for some people. Some may not have easy access to an electrical outlet or may not want to use another appliance in their kitchen.

Additionally, An instant pot would not be helpful during emergencies that could cause power outages.

Which one is right for you?

My household has various cooking options, from the traditional pressure cooker to our newest addition: an instant pot duo. We love both pots because they offer us different things depending on what’s going on at home or if there is an emergency.

We have three small children who need quick meals. Still, suppose there was a situation where one of our appliances failed us (power outage or something). In that case, I’m glad for its backup plan: The old-school Pressure Cooker! It’s great to use this thing outside on the Grill’s side burner.

Thanks for reading to the End! 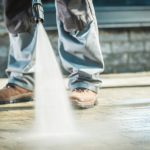 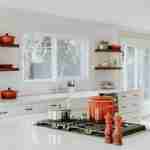 21 Must have Kitchen essentials item for your home

Mirrors in Kitchens? Not so fast, here’s where to place them