Four Fun Family-Friendly Card Games and How to Play Them

Watching TV and playing computer games are both fun pastimes, but it can be hard to connect with your family when everyone’s glued to their own media. Playing cards is a great way to bring the family together and have loads of fun at the same time. Whether on a weeknight or at a gathering, parents and teens can engage in a bit of friendly competition, and children can even learn valuable lessons about sportsmanship and how to follow rules. Here are four fun card games that the entire family can enjoy together.

Object of the Game: Win four of a kind quietly!

This game is more popularly known as “Donkey” or “Pig”, but if you’re not comfortable with the idea of your kids playfully oinking or braying at the loser, feel free to work with “Slowpoke” instead.

Start by creating sets of matching cards for each player. For example, a game with six players could use all Aces, Kings, Queens, Jacks, tens and nines. The dealer gives each player four cards face down on the table. Once the dealer gives the go-ahead, everyone picks up their cards and reviews them. The object is to collect four of a kind. Players will pass a single card to each other until they can create their set. Determine which type you want to collect. If you have three Queens and one King, you’ll want to collect the Queens.

Watch everyone closely while you play but make sure to study your hand! The person who collects four of a kind must quietly touch the end of their nose with their index finger and stay like that. Once someone realizes that you’ve quietly won, they must discreetly put their finger on their nose as well even if they do not have four of a kind. Whoever touches their nose last is the slowpoke or the loser. The game can be a frantic burst of fun at the end as everyone rushes to touch their face to avoid being the loser. You’ll be surprised how long people continue to study their hands without realizing you’ve won! If you’re playing the “pig” or “donkey” variant, the loser is declared the “pig” or “donkey” and sits out the next game. The last player left standing is the ultimate victor.

Object of the Game: To collect the most sets of four.

Keep your hand top secret as you try to arrange your cards into groups of the same number or rank, like a group of fives or a group of Kings. To begin, the player to the dealer’s left targets another player to ask for any one of the groups in his or her hand. The requester can select anyone. If the target has what the requester wants, the cards must be handed over. The requester can continue to ask the target for more cards until the target no longer has what is being asked for.

If a target does not have anything, they should shout “Go fish!” The requester must take one card from the fish pile. The target now becomes the new requester. When you collect all four cards of a set, like all four Kings, you place them face down in front of you. The winner is the first person to have a collection of complete sets. If some players run out of cards, the player with the most sets win the game. There are many ways to be strategic in Go Fish. One such way is to pay attention to what cards specific players are asking for. If you have Queens and another player has already asked you for Queens, you’ll want to target that person for Queens as soon as you can.

Object of the Game: Be the first player to get rid of all of your cards

This hilarious game will challenge your bluffing skills and help you develop a keen eye along with counting and sequencing skills. Designate a dealer and deal all cards out to players as evenly as possible. Dealing two to three cards at a time speeds things up. Don’t show your cards to anyone.

Play begins clockwise from the dealer. In turn, players will discard one or more cards, announcing them by rank (the suit does not matter) before laying the card(s) face down in the centre of the table so no one can really see what they’ve put down. Play in sequence–Aces first, then twos, then threes, and so on. For example, the first player may announce “two Aces” before placing two cards face down in the center of the table to create the discard stack. The next player can declare “four 2’s” before adding it to the stack and so on.

If you don’t have the next rank, you can either pass or bluff by declaring the rank but laying face down in the discard pile any cards and any amount of cards you want. Make sure you’re convincing! If someone suspects you’re bluffing, he or she can declare “I doubt it!” and turn your card(s) over. If they catch you bluffing, the bluffing player picks up all the cards and the challenger names the new card rank. If the challenger is wrong about calling your bluff, he or she must take up all the cards from the discard stack and add to their hand. The winner is the first person to get rid of all of their cards.

Object of the Game: Get all the cards!

This is an easy and fast-paced game comprised of several mini battles. For two players, the deck is evenly divided. One after the other, both players rapidly lay down their top card. You win the round by having the highest card and must then add the two cards to your stash. Repeat the mini battles until the winner gets all the cards and wins the head-to-head or war. If you tie at any point, each player deals four cards–the fourth acting as a battle card. The highest fourth card wins.

For three or more players, deal cards out evenly, or as many out of the deck as you can to create an equal number for the players. All players simultaneously drop a card face up. The person with the highest card wins all the revealed cards. In the event of a tie between two or more players, players battle by placing their next card face-down and then turning up a third card. Eventually the player with the highest card wins them all. You must drop out if you have no more cards remaining. The final victor is the one with all cards in hand.

You’ll be sure to have hours of entertainment playing some of these fun, strategic and fast-paced card games with the family. There are many variations to these games that can be taken advantage of (as you’ll notice in some of the videos above), so be creative and find what works for you and your players. 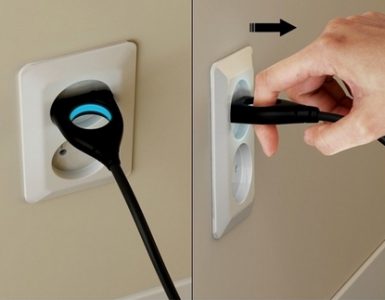